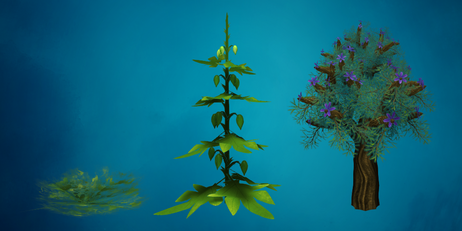 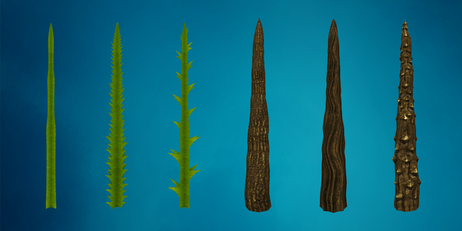 Plant smooth, coarse and spiked stalks/trunks, as of Creatura Beta 0.2

Stalk nodes have always either coarse, spiked, or smooth shape. Codons used to describe color and shade expression depend on plant node tissue. 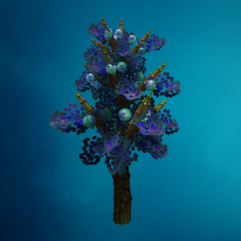 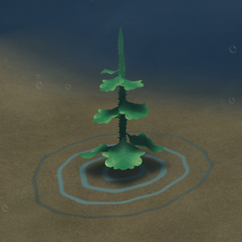 Retrieved from "https://wiki.creaturathegame.com/w/index.php?title=Plants&oldid=517134"
Categories:
Cookies help us deliver our services. By using our services, you agree to our use of cookies.